(Well aren't they all stolen?)

A photographer goes to his friends house for a party, and decides to bring along his camera. He takes a bunch of photos, and then a few days later he prints them out. His friend’s wife, who hosted the party, calls him up and thanks him for his photos saying, “The photos are so great you must have an amazing camera.”

The photographer’s annoyed, but he doesn’t say anything to her about it.

That next weekend he’s over at his friends house again for dinner. As his friend’s wife is clearing the table he looks at her and says, “Dinner was excellent, you must have some amazing pots and pans!”

I got this one from one of the comments posted on this article
at 12:39 PM No comments: 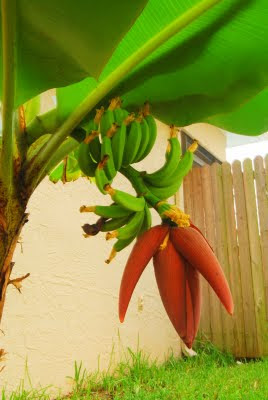 The banana tree seems to be producing bananas non-stop. Every other day I go check it out and there is another bunch of flowers blossoming that would eventually bear fruit. I'm not counting my bananas before they are ripe though.

Random facts about a Banana tree....one tree produces only 1 set of bananas in it lifetime. After bearing fruits, the stem that produced the bananas dies and is replaced by one or more stalks.

I can already see 3 more banana trees coming up from the ground! Makes me wonder whether I should have planted this a bit farther away from the wall....

A more technical explanation can be found here

Expired medicine is not always a bad thing... 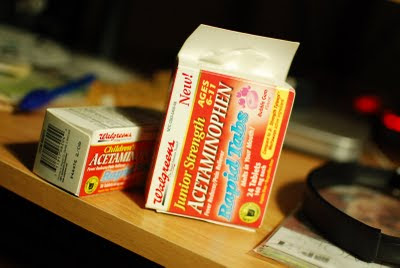 One of the piglets has a fever and bodyache. Looking through the medicine cabinet, earlier this afternoon, I found 2 bottles of ibuprofen and 1 strip of acetaminophen that were past their expiry date by a few months.

Bad thing? Need something on a rush, you don't have it (Luckily, had one strip that was just a month away from expiring)

Good thing? Well, might be a waste of money....but not having to use it so much so that it expires? I wouldn't mind spending a few bucks on that anytime instead of having to use all of it!!!